Posted on August 1, 2020 by billbushauthor

I have to give myself a C+ or B- on giving up national news. I avoided my usual news sources for big chunks of the month, but did listen to a little talk radio on a couple of longer drives, and checked out a few clips online. Overall, cutting down significantly I think helped in my mood, attitude, and peace.

It seems like the stopping category each month is harder to succeed at than the starting. I think for the third time in a row I will duplicate my stopping. This time I’m not doing it to help solidify a habit as much as I don’t want to go back to a big dose of national news, so keeping the goal in place should help me to at least keep my intake moderate. Ultimately, I would like to find the right balance for me to intake news and keep my sanity.

Starting my day with devotions and prayer now feels normal. I’m doing it consistently and naturally. I no longer think about doing it so the excuses like I don’t have time, I can do it later, I’m tired, etc., never enter my mind. As soon as I get dressed I sit down. The habit is there! For August I will increase it to four minutes, and if I’m having a good prayer time I won’t make myself stop.

The core work is still hard. I missed a handful of times, but in the middle of the month remembered a quote from James Clear. It’s probably in his book but I remember it from one of his interviews. He said never miss twice in a row. Simply doing that will guarantee you do something at least half the time.

So, In August I will continue the two-minute core workout after running for and see if another month will help it start to feel normal. I shouldn’t be surprised that it’s still hard as this is the first month I succeeded most of the time. But at least it was an improvement over June. 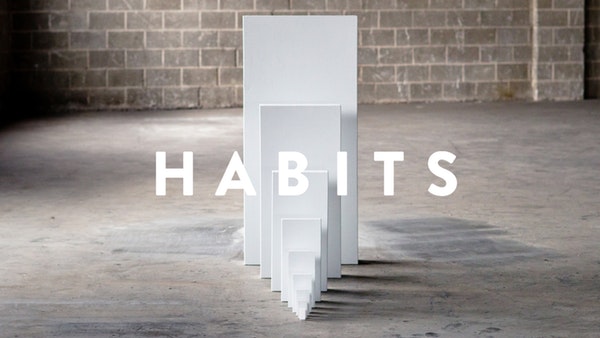 I have successfully continued my year-long goals of daily devotions and daily writing for at least one ten minute timer (TMT). My hard drive crashed on my computer, so I don’t know how many TMT’s I had in July and in total for 2020, but I did write every day and have done so for 213 straight days as of July 31.

Looking back on my original goal for the year, maybe one habit a month (for both starting and stopping) wasn’t enough time. I’ve often repeated my monthly goals. At first that discouraged me, but now I realize that 30 days just isn’t enough, usually to even establish a routine, let alone get it to the point of feeling like habit.

This entry was posted in Habits, Personal Thoughts and tagged benchmark, goals, habits. Bookmark the permalink.